Van der Luyt en Zonen B.V. was founded in 1907 with a parcel delivery service between Oegstgeest and Leiden. Sometime around 1913, Van der Luyt began to focus on the transport of flower bulbs and removals. But the innovations did not stop there. In 1921, Mr Van de Luyt traded his horses for the first T-Ford truck, and the first international shipment took place in 1927. It was only after the Second World War, though, that international shipping really started to develop.

In the 1950s, Van der Luyt started transporting fresh flowers. In 1953, the year of the North Sea flood, Switzerland sent emergency supplies to the Netherlands. In return, the Netherlands, with the help of Van der Luyt, sent tulips to Switzerland. Since that time, the transport company has not only been active in Switzerland but also regularly ships climate-controlled cargo to the Czech Republic, France, Germany and the United Kingdom, because Van der Luyt has its own fleet of climate-controlled trucks.

Business continued to grow during these years. In the Sixties, Van der Luyt started its own BOVAG garage in Leiden. The home base in Oegstgeest is and remains the company's headquarters. In 1990, we moved to a new premises on the Haarlemmerstraatweg in Oegstgeest. And, to this day, this is still our main location. In 2007, our company was awarded a Royal Warrant of Appointment.

Throughout the years, we have continued to develop significantly, from a small-scale parcel delivery service between Leiden and Oegstgeest to a dynamic, professional and international organisation that is committed to further professionalisation and customer-orientation. In the meantime, we have gathered 100 years of experience in the transport of flowers and plants specifically.

Since 2018, Van der Luyt has been part of De Wit Transport (www.dewittransport.nl) and in the middle of 2020, both companies relocated together to a terrain along the A44.

Van der Luyt is a fully fledged partner for: 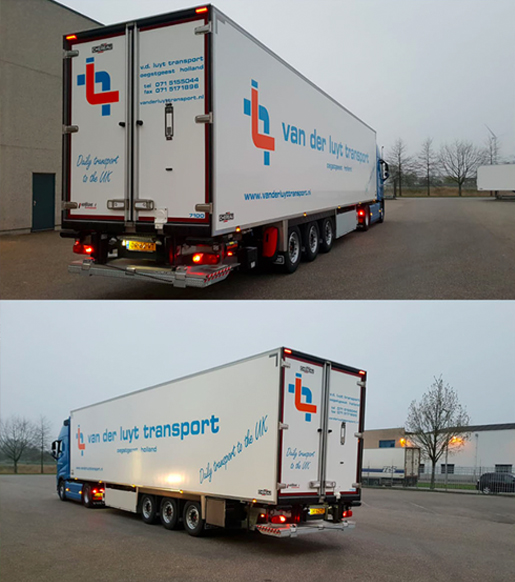 Our organisation is characterized by a high degree of flexibility and outstanding reliability. For our customers, we continue to look out for the most fitting and most economical solutions possible. Despite the size of our organisation and the diversity of our transport solutions, we work in small teams. This enables us to quickly change gears between planning, drivers and delivery addresses, making us a fully-fledged partner to our customers.